There is nothing that delights me more than when I see my children engaged in imaginative play. Whether it’s Turtle making “Vroom!” sounds with his Hot Wheels or Bean pretending she’s a fire woman in a princess gown after spending time on a fire engine at our neighborhood block part… I love to eavesdrop on the inner workings of their brains as they create imaginary worlds. 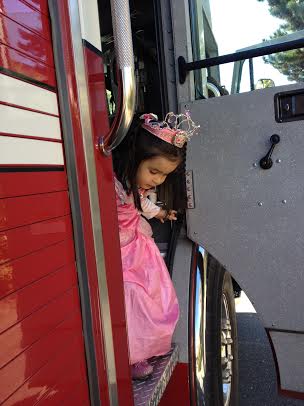 Christmas is just around the corner and there are a plethora of toys on the market. Over the next couple of weeks I’ll be sharing some of my favorite toys for kids. Today I want to share with you the Imaginext line of toys from Fisherprice.

First, I thought I would share with you 5 Ways To Encourage Imaginative Play In Your Children.

1. SCHEDULE TIME FOR PLAY- Children lead such scheduled lives now in days. From extracurricular activities to homework to making sure that 3 healthy meals and 2 healthy snacks get in their tummy — many children are scheduled from the minute they get up until the minute they go to bed. Try to set aside a chunk of time each day for your kid to let their imaginations go wild and play up a storm. 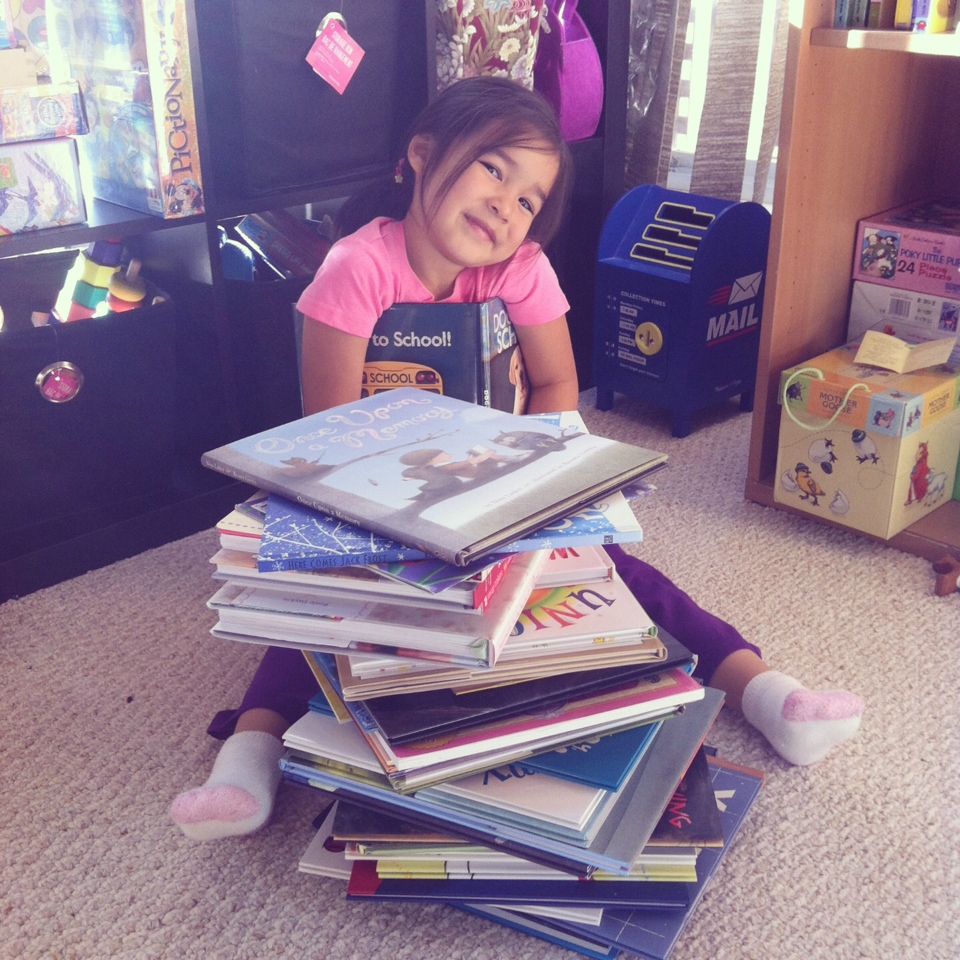 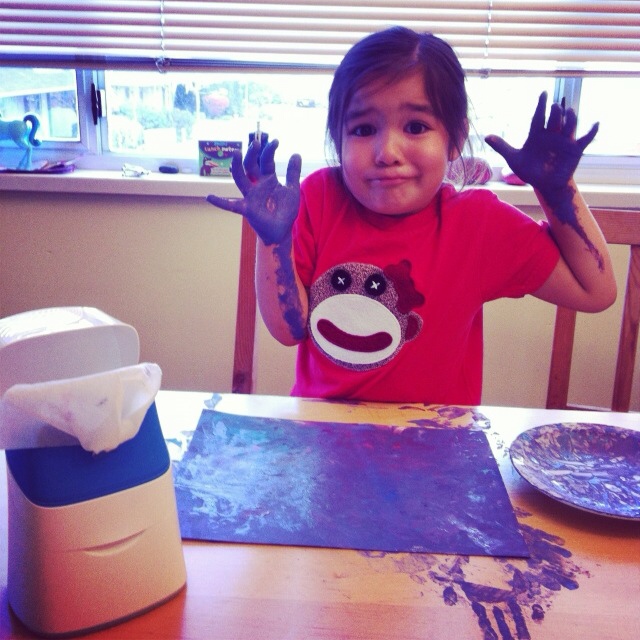 3. SUPPLY THEM WITH TOOLS TO CREATE AND LET THEM GET MESSY- Paper, pens, crayons, toilet paper tubes, scissors, tape and glue are all great tools that can be used to help little ones use their imaginations. Toilet paper tubes can be turned into a spyglass or binoculars. Construction paper, scissors and tape can be used to make a crown. A piece of paper and a crayons are all that little ones need to draw imaginary worlds. Always have these supplies at the ready, show kids how to make a few simple projects and you’ll be amazed with what they come up with on their own. As hard as it may be, try not to let the mess of it get to you. Lay out old sheets and newspapers, put on play clothes and let them go for it. Using markers and paint that wash up easily makes this easier to do.

4. TEACH YOUR CHILD THAT IMAGINARY PLAY IS SAFE- Imaginary play is a great way for kids to work out their fears and insecurities. Teach them that imaginary play at home or in a safe environment can be done without fear. Let them work out “The monster under the bed” putting them in control instead of their fears.

5. GET IN THERE WITH THEM- I find as we get older it gets harder to get in there and be truly silly with our play. We often resort to stories that we’ve read or pre-thought out scenarios. If you don’t use your creative muscles they start to atrophy… so get in their and use them. Let yourself be silly, let yourself be unguarded, allow yourself to think like a child again. Your children will have as much fun watching you be creative as you do watching them. They will be inspired by you and feel safe to let their own imaginations go wild.

My family recently discovered the Imaginext line of toys from Fisherprice. The Hubs and I brought the kids to Sears and let them explore the toy section, looking for hints about what toys they would like for Christmas. Both of our kids, 5 year old Bean and 18 month old Turtle ended up staked out in front of the Imaginext display. 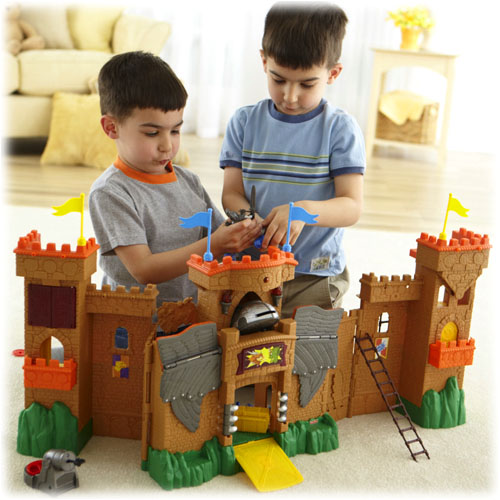 Bean was immediately drawn to the Imaginext Eagle Talon Castle. Her imagination took her to a world where a princess was being held captive by a dragon and a “brave knight” came to rescue her. The knight ended up not being so brave and cowered in fear before the dragon. But never fear… the brave princess stepped in, slayed the dragon and swept the knight away to where the two of them lived happily ever after. 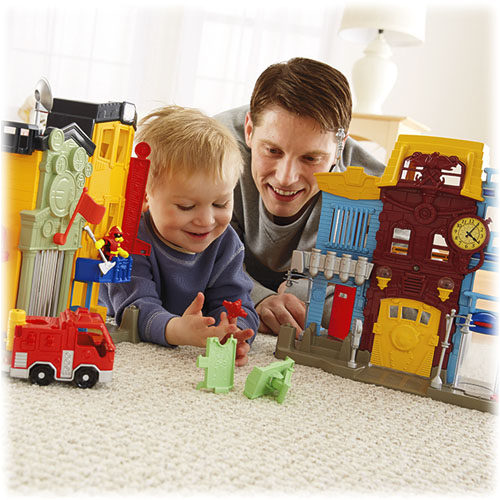 Turtle was entranced with the Imaginext Rescue City Center. At first he played with the different rescue vehicles and had fun vrooming them around the floor. Then he discovered the Action Tech Technology and how the different rescue vehicles like the fire engine, ambulance, tow truck and police car all interacted in different ways with the rescue center and brought different areas of the city to life. I loved that the toy could be played with both by your imagination and also with battery power for lights, sound and interaction between the center and the vehicles.

Imagine my delight when after discovering these toys and falling in love with them Fisherprice asked me to partner with them and share the Imanginext line with my readers!

You can win 1 of 5 $300 Imaginext prize packs that includes: 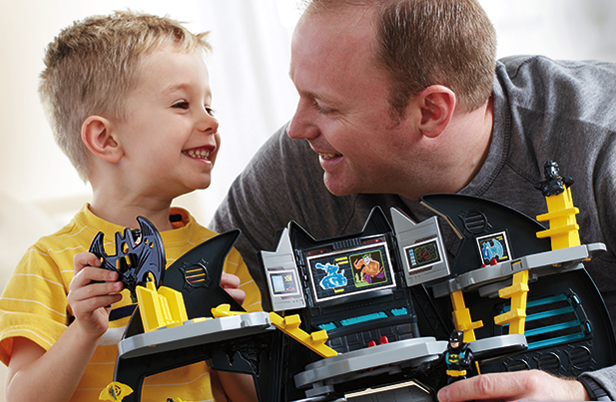 Imaginext allows your child to become the heroes from within their imagination. Just like Ed Venture and his friends. In my mind, that’s a very good thing.

“Disclosure: I am part of the Fisher-Price Imaginext Blogger Campaign with Mom Central Canada and I receive special perks as part of my affiliation with this group. The opinions on this blog are my own.”