This past week my schedule was chock-a-block full of a bunch of fun events out and about in Vancouver.

The week started out on Sunday with the grand opening of DAVIDsTEA at Metrotown. I’ve been sending DAVIDsTEA requests for years for them to open a store at Metrotown. I’m so excited that they finally opened a store there. I was dying to get my hands on the DAVIDsTEA 24 Days of Tea Advent Calendar. The calendar sold out pretty much instantly across Canada and at DAVIDsTEA online. I had been told that the new Metrotown store would have stock, but I also knew that people would be probably be lining up to get their hands on one. I went to the store an hour before the store opened and there were 6 people in line in front of me. We had so much fun chatting because we were all fans of DAVIDs. All of us had our eyes trained on the window… we were all after this. The 24 Days of Tea Advent Calendar. 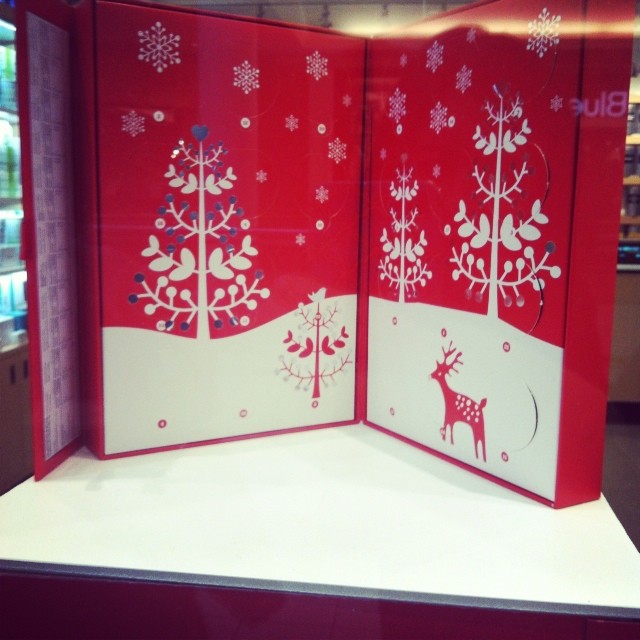 Shortly after I got there the line started to get bigger behind me. By the time the store opened there were at least 100 people in line. The rumor was that the store had less than 100 advent calendars. The store opened and it was bright and colorful and beautiful… just like all the DAVIDsTEA locations I’ve been to. 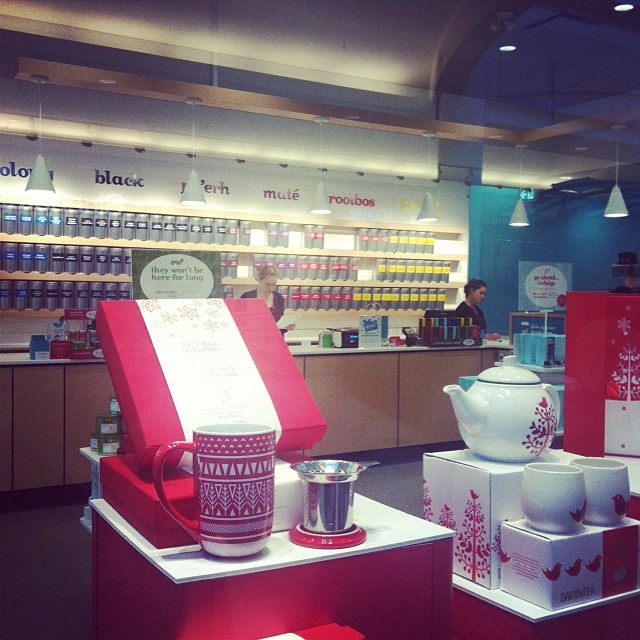 I was in the store for probably less than 30 minutes when they announced that the advent calendars were sold out…. but… look what I got! 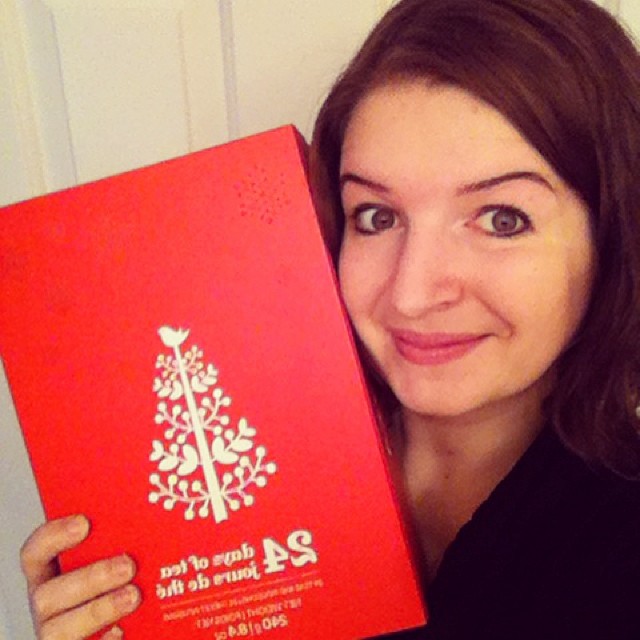 I can’t wait until December 1st when I can pop open my first window of tea!

Next up I was invited to a VIP Launch of The White Spot Cookbook. Thanks to Yoyomama for snagging me the invite. The launch was a ton of fun. There were a bunch of BC celebrities there including Pat Quinn, Red Robinson, Chef John Bishop and Chef Chuck Currie. 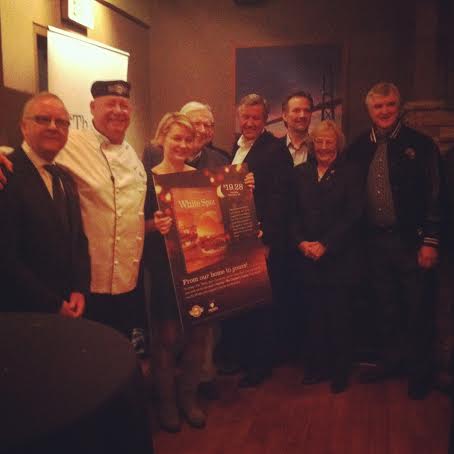 The Hubs made White Spot Buttermilk Pancakes from the cookbook for breakfast this morning and it was delicious. I would highly recommend this cookbook. 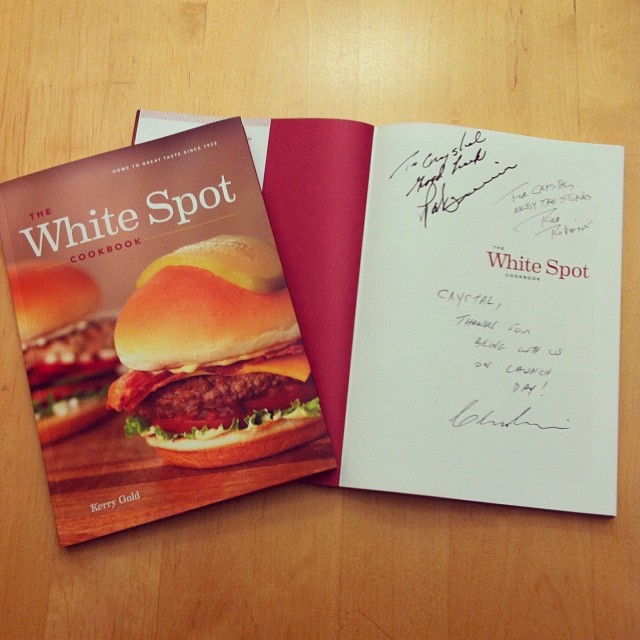 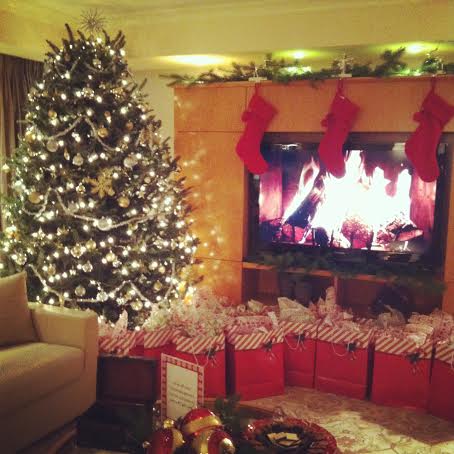 They had a full Christmas party spread laid out from President’s Choice. The food was delicious. 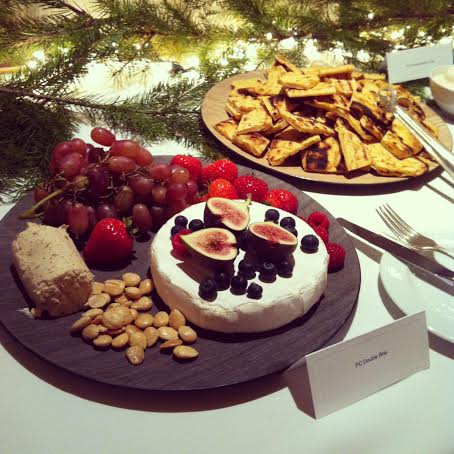 I thought that the figs on top of this Double Brie were so pretty. Sarah Bancroft from Vitamin Daily and her husband chef and food stylist Murray Bancroft were our hosts for the night. Murray put together the prettiest cheese platter I’ve ever seen. He said that his neighbors were cutting down their cherry tree and he went over and chatted with the guys cutting down the tree and asked if they would cut him a few slabs. Check out this DIY Cheese Board he made. 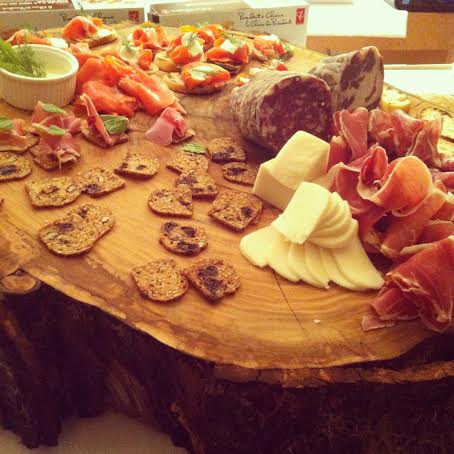 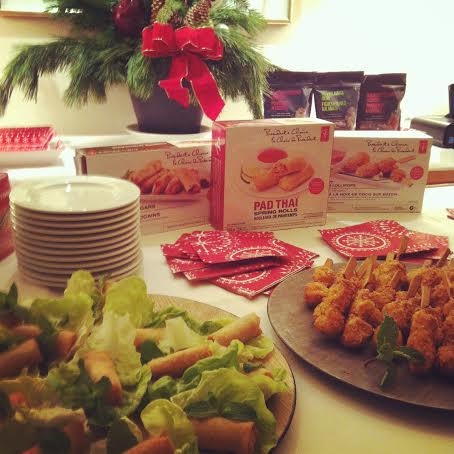 At the bar they were serving champagne along with these delicious Black Label President’s Choice Italian Sodas… and yes… it’s as good as it looks. 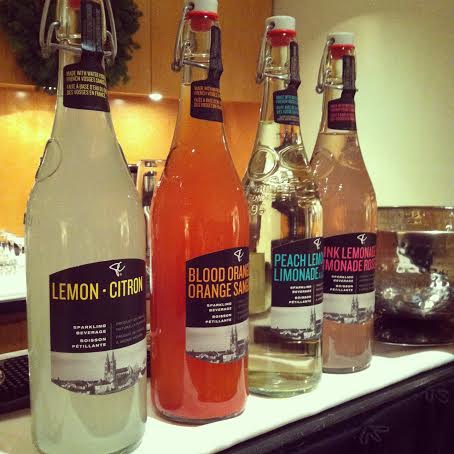 A touch that I loved was that they had a cookie table set up with a tin for each of us to fill with our favorite President’s Choice cookies. 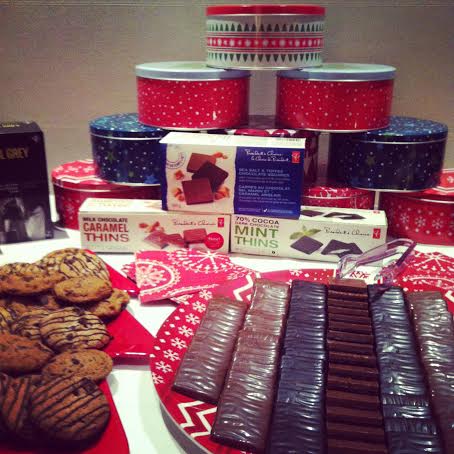 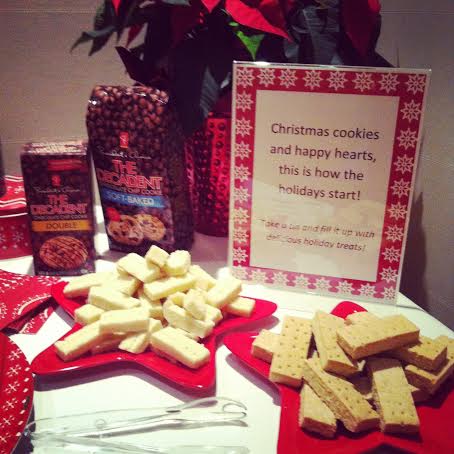 I also attended a blogger networking event with a bunch of really talented Vancouver bloggers. And that my friends was my very busy week! This week I’m sure will prove to be even busier. I have sales conference all week for work and my family has also been invited to Disney on Ice and The Vancouver Christmas Market!

Tell me… Are your weeks getting busier leading up to Christmas? What are some events that you are looking forward to?