I was recently asked to become a Kinder Surprise Brand Ambassador. I pretty much freaked out when I got the news. Kinder Surprises are little eggs full of happiness! What’s not to be excited about? I knew that my kids, Bean in particular, would be over the moon about my new friendship with Kinder Surprise. What I wasn’t prepared for is how excited all of the adults in my life would be.

The reaction when I told friends I was going to be a Kinder Mom Brand Ambassador was pretty much universal. Mouths dropped, eyes got big and words like “What?!?!? That is huge! I love Kinder Surprises!” More often than not that would be followed up with the story of their favorite toy that they ever received inside of a Kinder Surprise and how fabulous the toy was.

In case you’ve been living under a rock

a Kinder Surprise is a hollow milk chocolate egg that has a yellow capsule inside that houses tiny plastic pieces that the recipient can assemble into a toy. They are intended for ages 3+ but Turtle loves to enjoy the chocolate while The Hubs steals his toy. 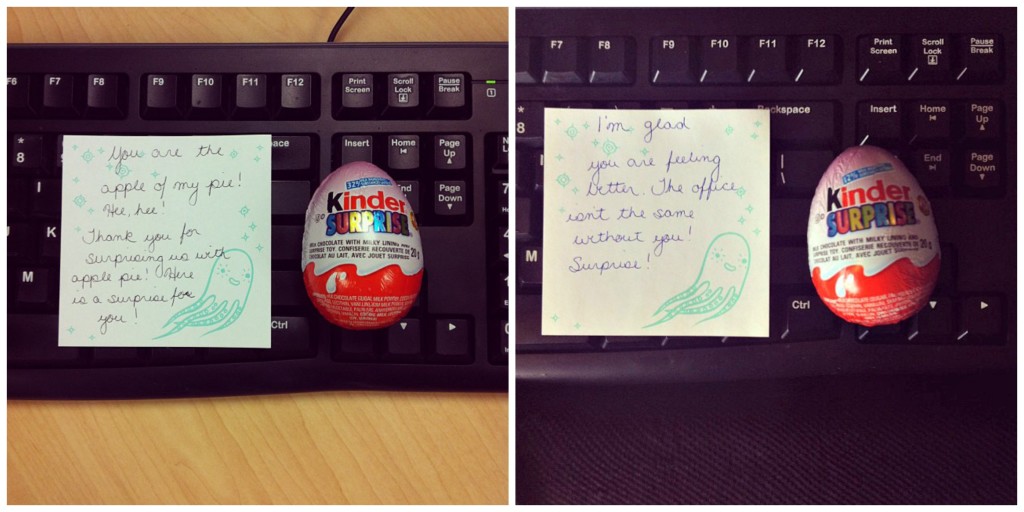 Kinder loves creative play as much as Sew Creative does! For a ton of fun Creative Play Ideas visit Kinder’s Creative Games Page.

For more information about Kinder Surprises visit them on Facebook.

Tell me: Have you ever had a Kinder Surprise? What are some of your favorite ways to surprise family and friends? What is your favorite Disney Princess or Marvel Superhero?

“Disclosure: I’m part of the KINDER® Mom program and I receive special perks as part of my affiliation with this group.  The opinions on this blog are my own”