A few months ago The Hubs and I bought a Soda Stream Soda Maker. I had dreams of making my own ginger ale and within a week of having our new machine I did just that. I scoured Pinterest and found this delicious Ginger Ale Syrup Recipe from Joy The Baker.

After I made the recipe I was left with a pile of syrupy ginger. I was going to throw it away but just as it was going in the trash The Hubs stopped me, told me I was crazy and said “There has to be something we can do with it!” (Yes he is known to want to salvage just about anything and everything.)

I ended up making crystallized ginger but thought that it would sit in our cupboard for years, never get used and eventually get thrown away. Two weeks later my inlaws came to stay. One week later my entire container of crystallized ginger was gone! What did they do with it you ask? They boiled hot water, put a couple of pieces of crystallized ginger in a mug, topped it with hot water and a sweet, delicious, slightly spicy, warm you to the core drink was discovered. It is the perfect sore throat remedy.

Fast forward to this past weekend. I caught a cold and my throat was killing me. All I could think of was that delicious crystallized ginger drink. I went to the store, bought some ginger and whipped up a batch. And of course I took pictures so I could share the recipe with you all.

-4 Cups Washed and Sliced Ginger (I didn’t peel mine, if you are using it for baking you might want to peel it first, for making hot drinks or eating plain there is no need to.)

1. Wash your ginger then thinly slice it. Slices should be approximately 1/8″.

2. Combine water and sugar in a large pot on your stove. Bring to a slow boil stirring to create a syrup with the sugar and water.

3. When syrup comes to a boil reduce heat to medium low and add ginger. 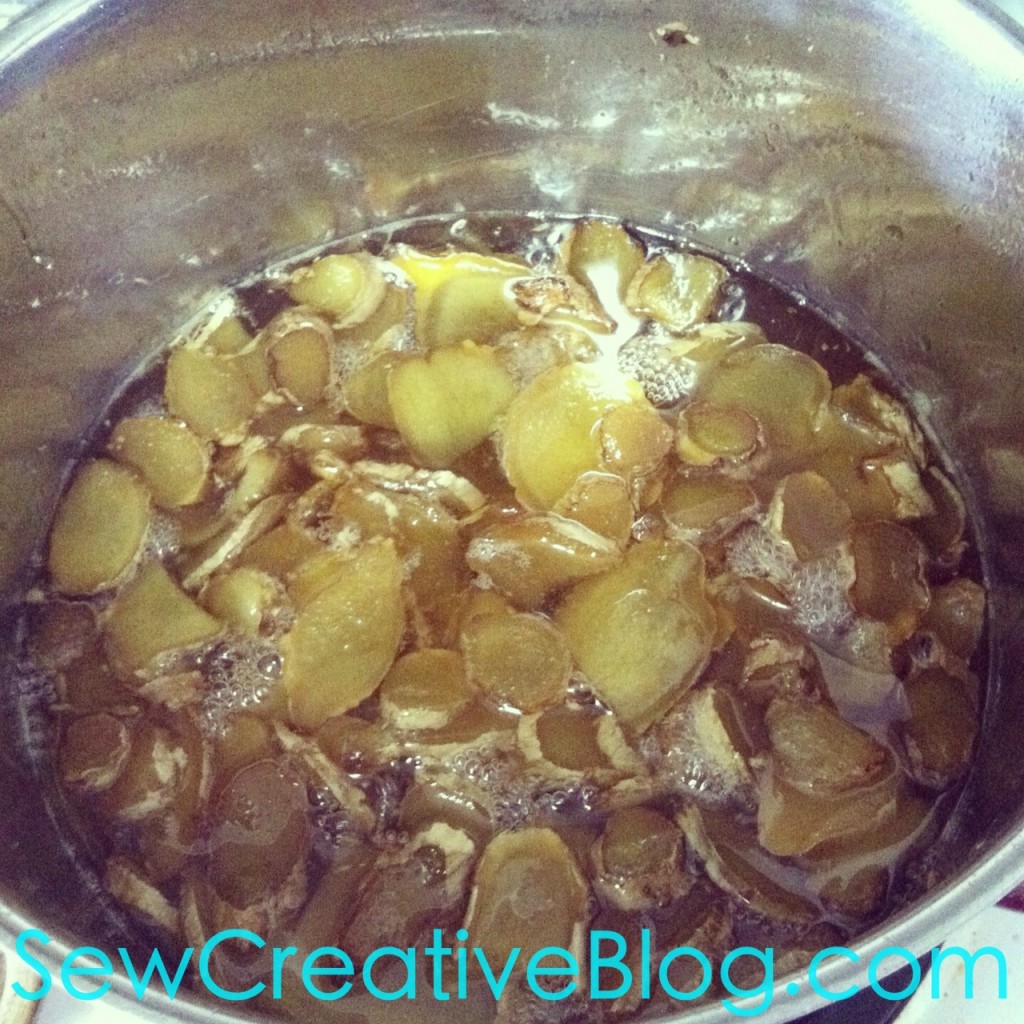 4. Let ginger and syrup simmer until the liquid has reduced by about half. I find this usually takes an hour to an hour and a half.

5. Remove ginger from syrup with a slotted spoon and set on a baking sheet (I line mine with parchment paper for easy cleanup.) 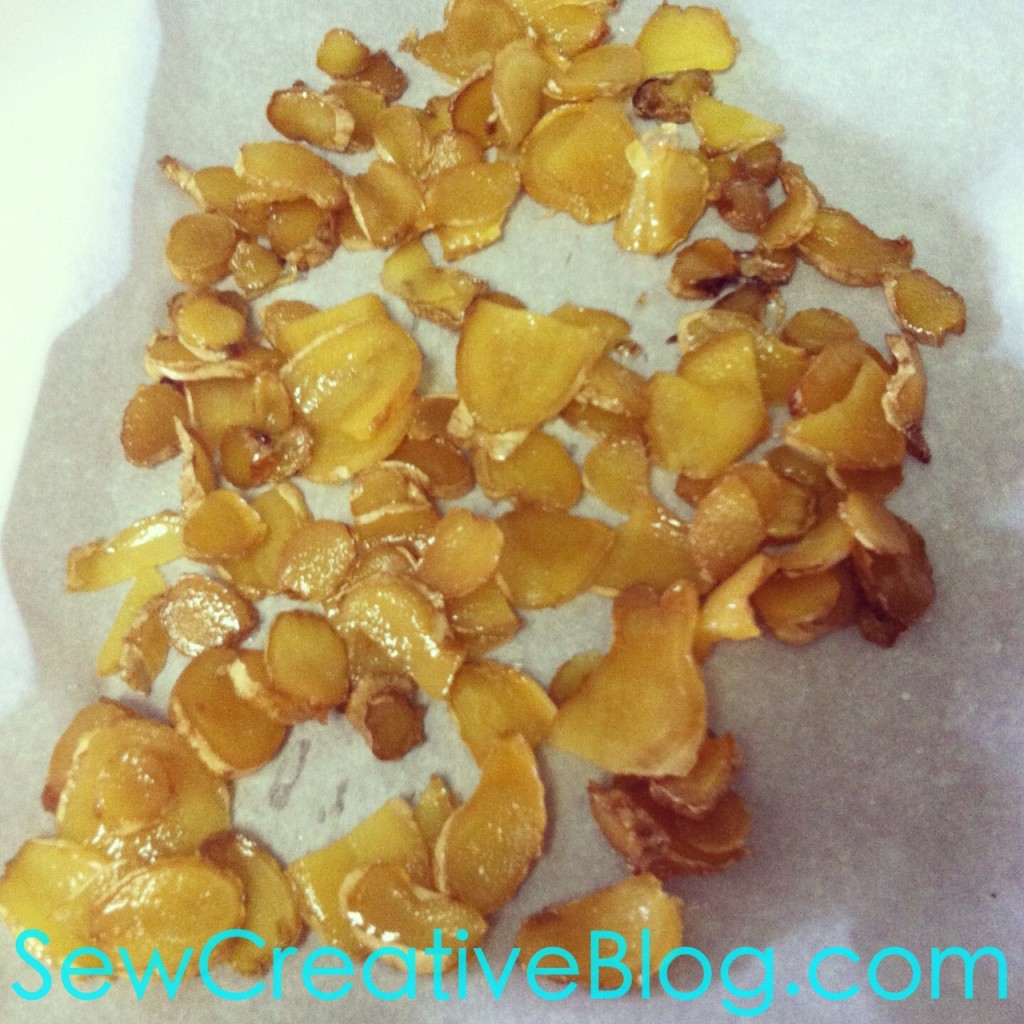 6. Optional: Dust your ginger with sugar. 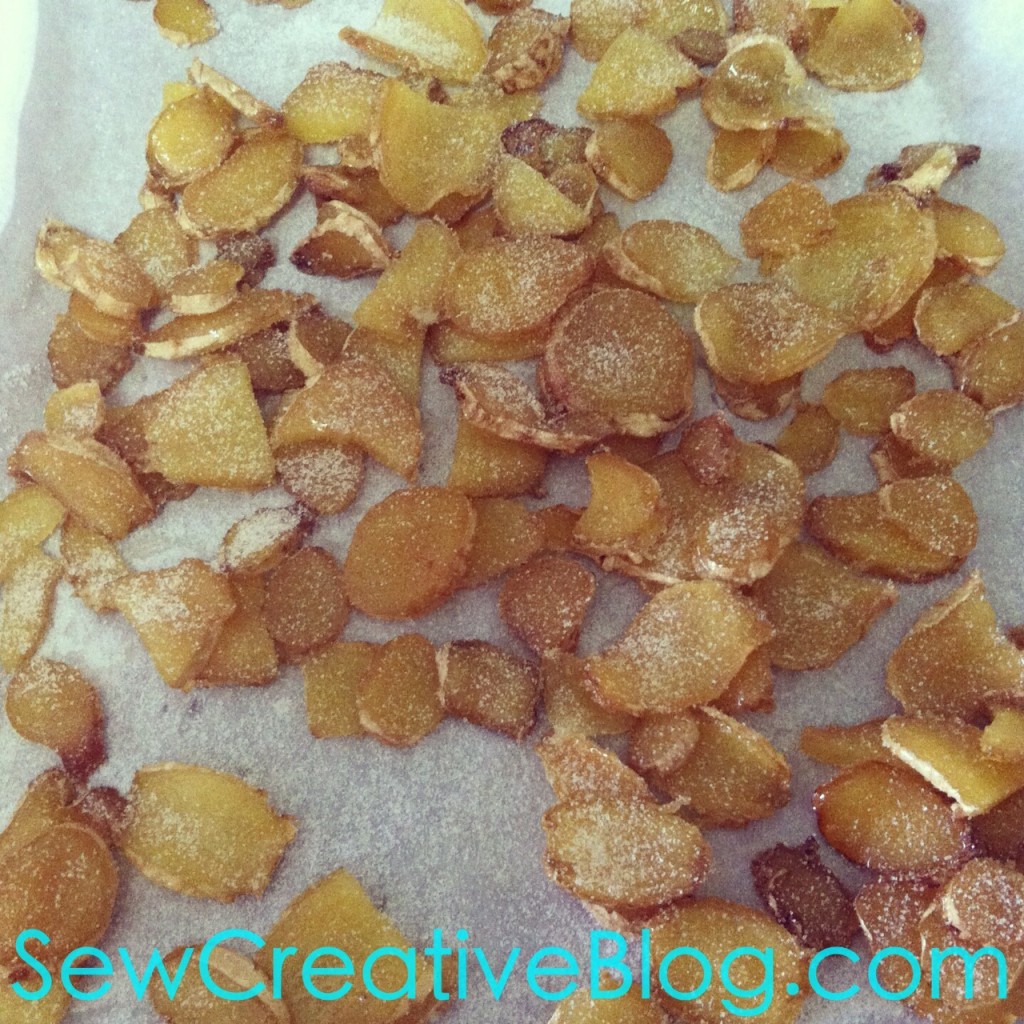 7. Allow your ginger to dry on your counter top for approximately 24 hours. Toss half way through the drying process in case moisture is trapped under the ginger.

***Don’t forget about that syrup! It’s delicious. It can be used to make ginger ale (This ginger ale recipe is great) or you can add it to your hot ginger drink. I store mine in a mason jar in the fridge.*** 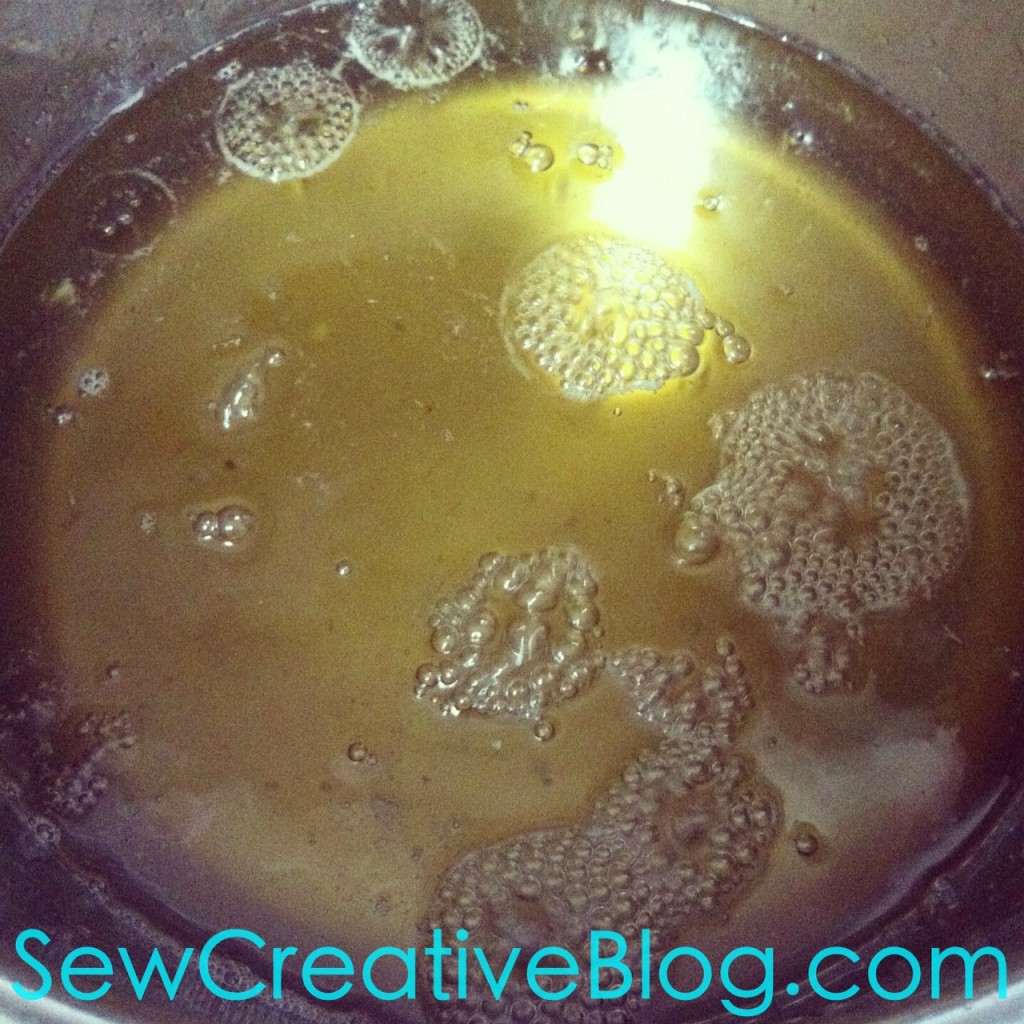 How to use your crystallized ginger: As stated above my favorite way is to add a couple slices to a mug with hot water, you can also add a teaspoon of the ginger ale syrup for a sweet, spicy treat. Crystallized ginger can also be used in baking. Crystallized ginger is also fabulous for nausea, morning sickness, sore throats and as an alternative to breath mints. Just pop a slice in your mouth and chew! 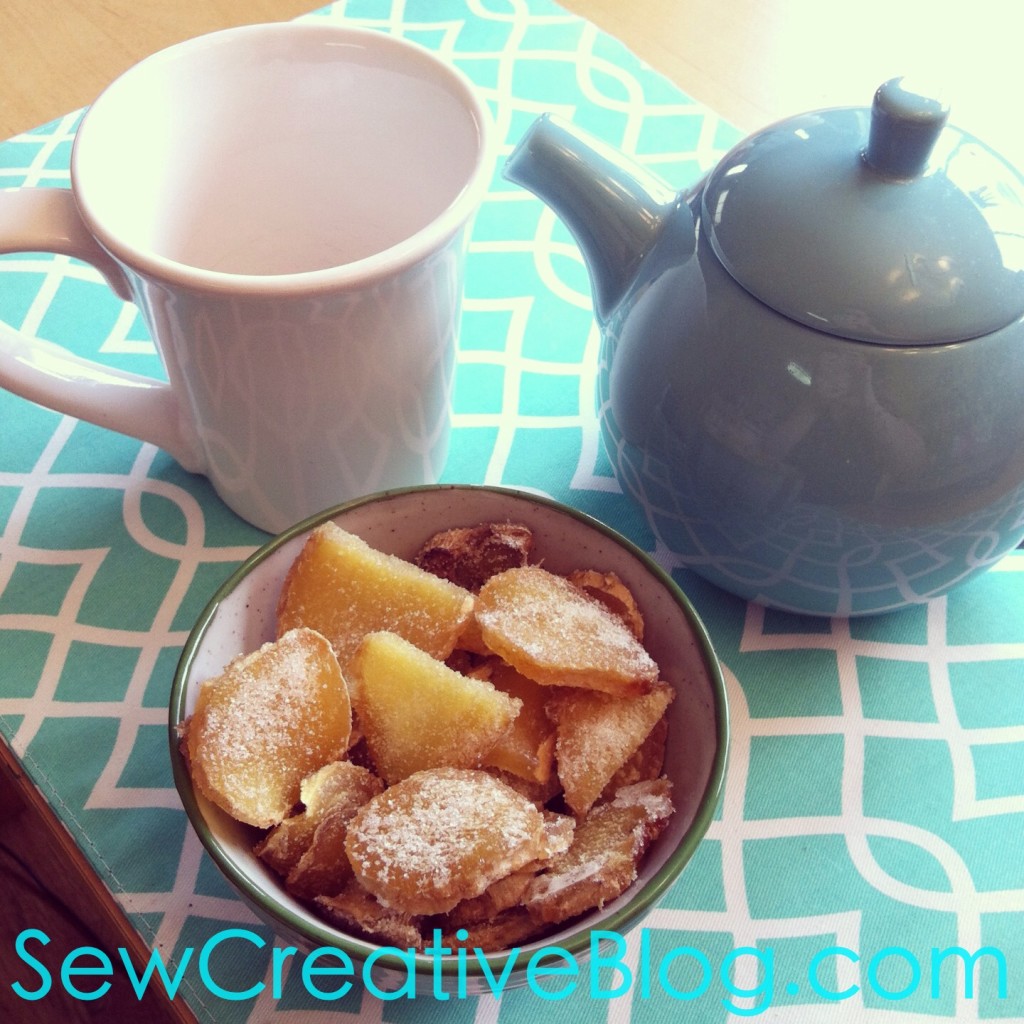 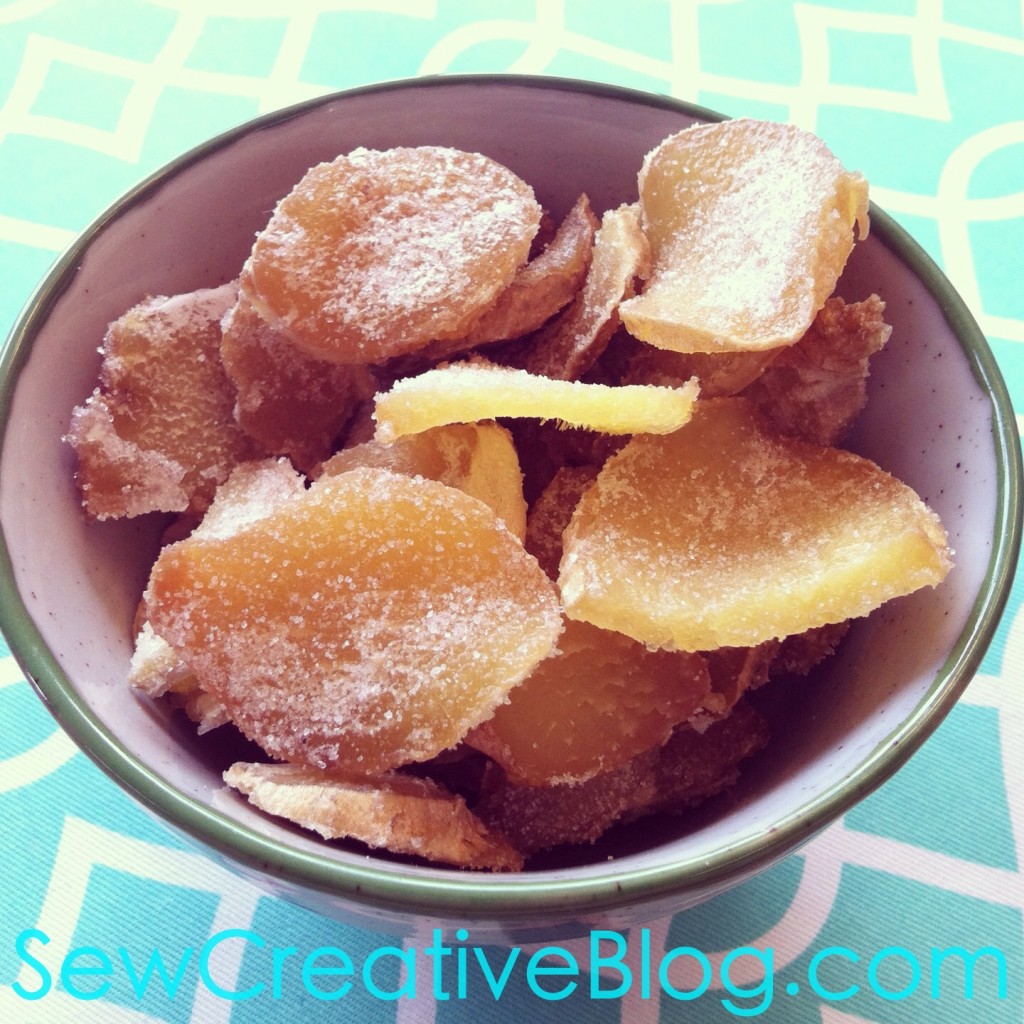