I’m sure there are some of you out there, like myself, whose room is full of dust, allergens, and other debris.  After looking at the prices of some of the purifiers on the market, I decided to make one myself, and how to recreate it.

You will need the following parts:

A foot of 3 – inch diameter PVC tubing
A 3 – inch diameter computer fan (mine was 12V)
An AC/DC adapter, with a DC output the same as your fans
Filter for a room air conditioner
Toggle switch
Hose clamp for the 3 – inch pipe

I already had the fan and adapter laying around, but everything shouldn’t cost more than 20 dollars.

You will need the following tools:

Next, make one larger hole in between the two smaller ones to accommodate the toggle switch.

Twist together, then solder the negative wires together.

The twist and solder each of the positive wires to the prongs of the toggle switch.  (Positive on the adapter has a white stripe)

Push the toggle switch through the large hole, and screw on the anchor that comes with it.  Next, using the hot glue gun, glue the holes where the wires go into, and around the toggle switch to form an air tight seal.  Allow a couple minutes to completely cool.

Then, place the fan on the top, make sure its centered with the air flow going AWAY from the pipe, and hot glue the corners down.   Then, form a nice tight seal around the edges of the fan and pipe.

The filter unfolds to a pretty large sheet.  I decided to cut a third of it off, then fold it into a square.  This made it 4 layers thick.
Place it on top of the pipe, opposite side of the fan, and secure it with the hose clamp.   Tighten as hard as you can, then trim off the excess filter corners.

Plug it in, and listen to that baby purr.  It’s extremely quiet and blows pretty nicely.  Set it somewhere in your room, and let it clean your air.  I would recommend changing the filter about once a month, or when the color looks about #333333.

This was my first instructable, so if you like, lemme know! 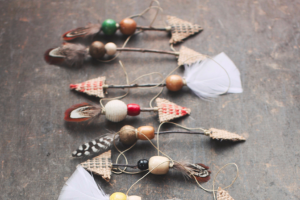