Infinity Loop game is a puzzle game and has two modes. In this blog we want to compare and analyze two best puzzle games, Daze and Infinity loop game. although the basics of creating a puzzle game which is introducing the user to a puzzle-like environment from the beginning, is well established in ∞ infinity game (the Infinity game starts when the user touches game’s icon and goes to the first level of the game in the main mode without any introductions), not introducing both modes and not showing game’s menu in the starting is considered one of game’s weaknesses. While Daze introduces the producer company in its menu and then says nothing about the type of the game. Without any introduction invites you to play the first level in a green and navy blue colored background.

The menu of the games

Infinity loop game has two menus. A foreground menu that consists of 7 icons and shows both modes of the game. Among these 7 icons only sound and music icons are offline and have a useful function for the gamer. This menu acts like a setting and user can turn the music or sound effects of the game (or both of them) on or off. You have to connect to the internet and use google play to be able to use the other icons. These icons consist of a link to the producer’s website, rating, online rating, adding newest levels, sharing the game in the Facebook and other guides. Seems like these icons are practically useless and just have advertising aspects.

The other menu is the background menu that you face whenever you want to quit the game. this menu consists of 6 icons and two game signs on the top and the middle of the page. In this menu too, only one of the icons which is a play button works offline and can take the user into the game and foreground menu. the other icons need internet connection. This menu consists of writing a text for the game, the international levels and other functions such as sharing and etc. this menu’s existence seems non-functional and the producers could have removed it. Because all of the icons have the same functions as foreground menu’s icons and there’s no new function in theme. Daze creative puzzle game has simple menu that has some information about its company, rating, share and also a hint for each level.

Different colors have been used in infinity loop game, and if we want to say this more precisely, this game has used the whole range of colors and this is one of the strength points of it.

After starting each level, a color covers whole of the background and after finishing the level, a dot in the background changes color and gradually cover all of the screen. The background color changes again after touching the screen and game goes to the next level. this trend repeats during playing the game. This change of colors along with a sound effect is in a way that reminds user to the dripping a drop of paint into a liquid. Although use of various colors influences the attractiveness of the game positively, but the way colors change in the main mode doesn’t look like a reward from the game to the user, because the background that has a light color changes to dark color and this change of color was better for times when the gamer could not pass through a level.

In dark mode, the color scheme is completely the opposite. Background has a dark sad color and by finishing a level, background’s color changes to a light color. Although this way of changing colors doesn’t have main mode’s disadvantage, but use of dark colors for the background while playing in the dark mode gradually makes the user bored and frustrated.

The color of elements and shapes of the game also change during different levels. These colors sometimes coincide with the background color and create an interesting harmony. While sometimes they don’t fit with the background color and make a heterogeneous form. This suggests that the producer’s goal was to only change the color of background and the elements of the game, and did not pay attention to the harmony of colors. 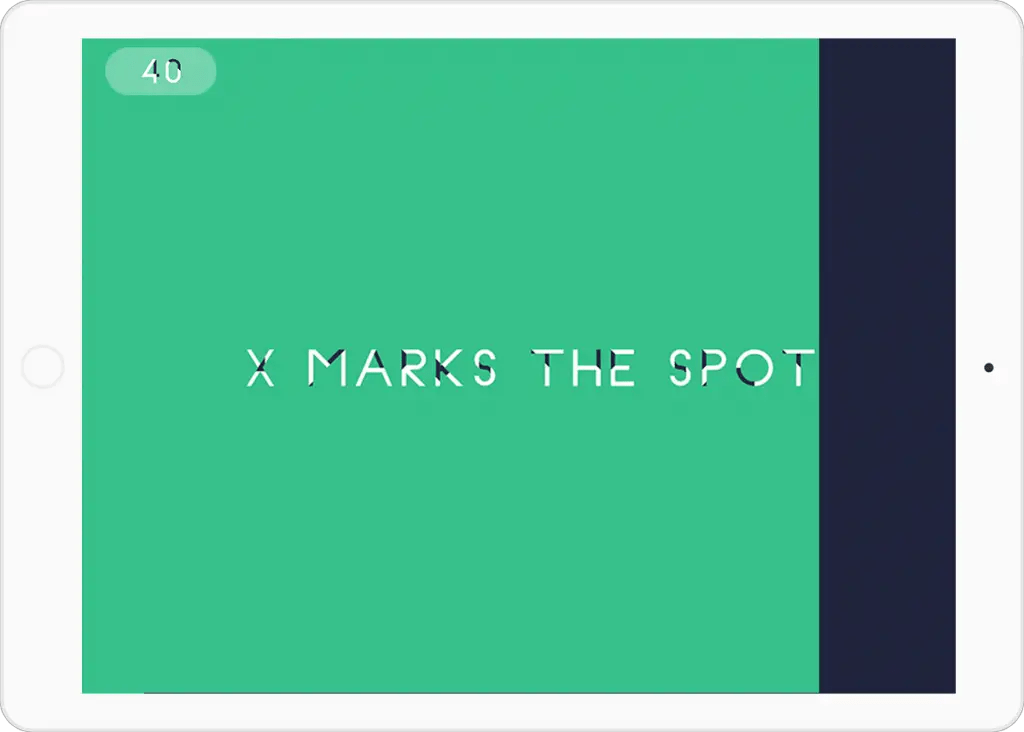 Daze has made its graphical environment more differentiable by writing some simple words on its background in white and navy blue colors. This kind of graphical beauty cannot be seen in the infinity loop puzzle game. In the Daze  game the texts appear to be incomplete and slash which somewhat challenges the readability of the text and incite the sense of mystique and problem solving to the audience. No matter how much the player approaches the solution. The readability of this text in the Daze game is also greater. By completing a step, its text is clearly displayed to the user. This gives a closer sense to the puzzle style of the game.

The soundtrack and sound effects

It should be said that Infinity’s soundtrack is one of the weaknesses of the game. The soundtrack is a loud and low volume music. This sound is well heard despite its low volume during the game and is kind of somber and makes the user feel bored and frustrated during various levels of the game. Since puzzle games are often boring themselves, having a cheerful or at least a mild soundtrack can help the user to keep on playing until the end. As this game’s music creates some kind of repulsion for the gamer, it is considered a major weakness in this regard.

Infinity loop game does not have much sound effects and it can be said that there isn’t other effective sound effect except the sound of dripping a drop of water that is well applied while changing color. The only other sound effect that is used in the game is the sound of changing direction of the shapes and lines which is inevitably embedded into the game.

Daze has a relaxing soundtrack with a very low volume which helps the player to focus more. Daze has used a lot of different kinds of sound effects such as nature sounds, animal movement sounds, human’s step sounds, laughter, joyful sounds…. Among its various levels and has done a great help to create vitality during playing the game and this sounds also persuade the player to keep on playing. In addition to these sounds there is a beautiful female voice which guides the player to complete the game.

The platform of the games

This game is for android and IOS platforms and is considered a free game. And there is a payment up to a maximum of 18.99 $ with can be paid via in app payment for removing the Ads. Infinity loop game is made by Infinity Games company. Tthe other games of this company are: ⚯ ONE LINE, ∞ Infinity SLICE, ◉ CONNECTION, ▲ SHAPES, ∞ Infinity Loop: ENERGY, ∞ Infinity Loop: HEX, ∞ Infinity Merge, ■ Square .

Daze game is played on the Android devices. Its available on Google play store for free. However Daze Puzzle team, has put the releasing game on the ios in priority and will be released in app store soon.