My family had such a wonderful time. The show opened with Mickey, Minnie, Donald, Goofy and a few other special friends who revealed that they searched around the globe for the best entertainers and storytellers to perform for us. We were then transported to the world’s of The Little Mermaid, Rapunzel, Brave and Beauty and the Beast. Each of these movies were condensed to 20-30 minutes. I think they did a marvellous job of abridging each movie so that you still could understand what was happening in each story. 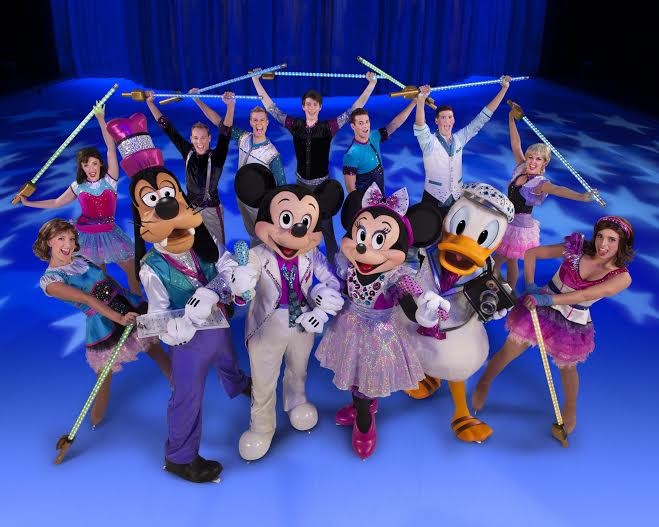 The first act to come on was The Little Mermaid which is one of my favorite Disney movies. The sets were fabulous, the costumes bright and colorful and Ariel even went aerial with an ariel strap performance. My favorite number from this set was Under The Sea. 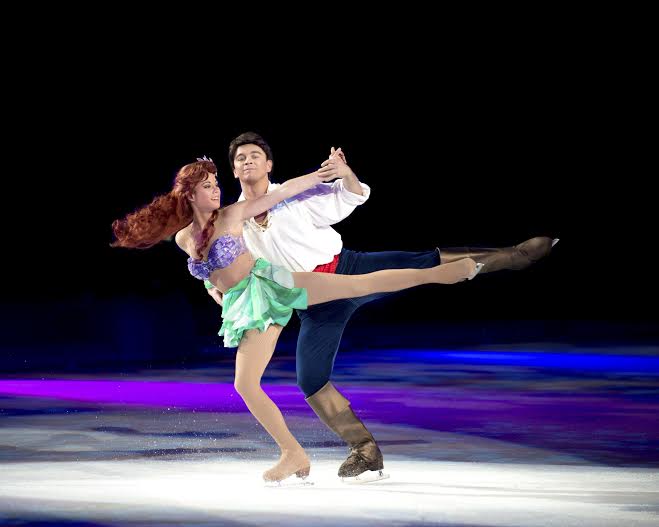 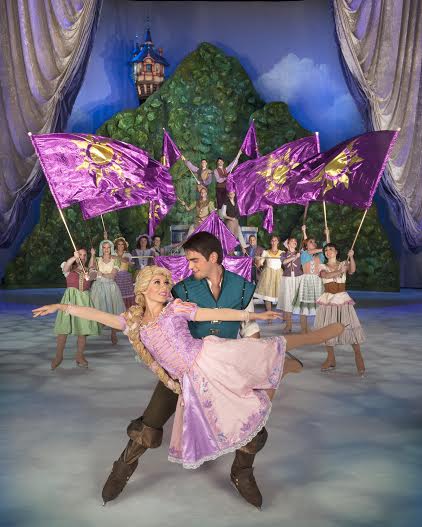 Next up was intermission. Feld Entertainment gave us great seats, we were in the 8th row!!! Bean and The Hubs headed down to the ice and watched the Zamboni driver clean up the ice. As you would expect from a Disney event, everyone working was very friendly and Bean got a big kick from the fact that the Zamboni driver waved at her. 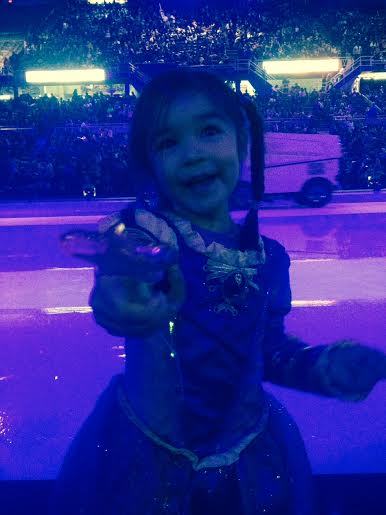 When the intermission was over we watched suitors compete for Merida’s hand in a re-telling of Brave. The kids giggled over how cute (and funny) Merida’s little brother’s were and stared wide eyed as suitor after suitor shot arrows from their bows, trying to get a bullseye and win the right to marry Merida. I love how the story of Brave isn’t about Merida falling in love with a handsome prince and instead is a real Mother & Daughter story which isn’t something you usually find in fairytales where maternal figures are usually either evil stepmother’s or dead. You can click through to watch a bit of the Brave performance on my instagram page by clicking on the picture below.

Last but not least was the story of Beauty and the Beast. This was Bean’s favorite part of Disney on ice. We were transported back and forth several times between Belle’s village and the Beast’s castle. The villagers came after the Beast with real flaming torches that they later put out with great flare by pressing the torch against the ice. Our favorite part was the song Be Our Guest. 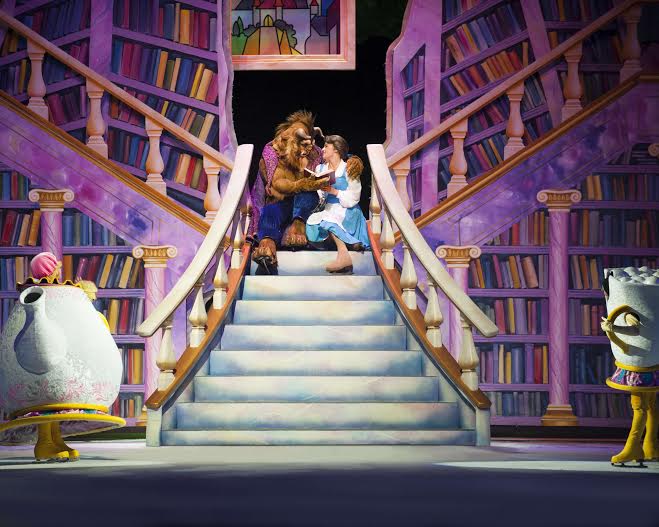 Disney on Ice Rockin’ Ever After was the perfect event for any fan of Disney movies. The timing of the show was perfect for young attendees, the show was long enough that tickets were good value for the money, but no one storyline went too long so it kept younger children’s attention.

Disney on Ice travels across North America so make sure to check the Disney On Ice Rockin’ Ever After Ticketmaster page to see when it will be in a city near you.

Tell me… Have you been to Disney on Ice before? What is your favorite Disney movie? 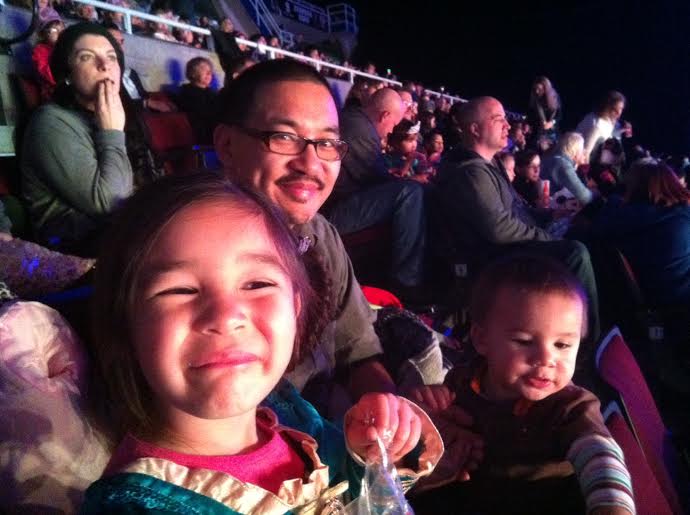 Thank you so much to Feld Entertainment and Disney on Ice for sending my family and I to see Disney On Ice Rockin’ Ever After in Vancouver. We had a great time!

Disclosure: Disney on Ice and Feld Entertainment gave my family tickets to attend Disney On Ice Rockin’ Ever after in exchange for a review. All thoughts and opinions are 100% my own.